Court of Appeals upholds $850,000 judgement against university for discrimination against pregnant student. 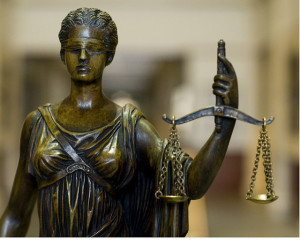 The U.S. Court of Appeals for the Sixth Circuit recently affirmed a jury’s finding that Wayne State University violated Title IX by discriminating against a pregnant student. This story behind this case is one the Pregnant Scholar team hears far too often; a student with excellent grades is on track to have a bright future—that is, until she is sidelined by pregnancy discrimination. But the ending of this story, a jury finding and judgment of $848,690 to be paid to the former student, Tina Varlesi, is unique and deserves the attention of Title IX advocates and university administrators.

Here are a few key takeaways from the case:

Tina Varlesi was a graduate student in social work at Wayne State University, and was assigned to an internship placement as a part of fulfilling her degree requirements. According to the court, the supervisor at Varlesi’s internship site, a local Salvation Army rehab center,

“addressed her obvious pregnancy immediately, ordering her not to drive after dark or in bad weather, questioning her marital status and living arrangements, and announcing that though she had ‘had relations’ with someone, the men at the rehab ‘can look but they cannot touch.’ ”

And the comments didn’t stop there, the supervisor “said she had told Varlesi repeatedly to stop ‘rubbing her belly’ and to wear looser clothing, and said that the men at the facility were being ‘turned on by her pregnancy.’ ”

At the end of her internship placement, the supervisor gave Varlesi abysmally low ratings and as a result of this failing evaluation—and the University’s refusal to acknowledge the evaluation was without merit—Varlesi had to leave the program. This formerly stellar student wasn’t able to finish the master’s degree she had worked so hard to obtain, and as a result of her dismissal from Wayne State, was unable to get her degree elsewhere.

2-Being outside the classroom doesn’t equate to being outside the law.  This case originated in an off-campus internship placement—so how did it end up costing the University? Title IX covers all aspects of an educational program, including a university’s sponsored off-campus or extracurricular programs. The University provided Varlesi’s internship placement and a faculty adviser to oversee her work with the placement, and had a duty to act when it learned that the program was discriminating against their student.  Not only did the Varlesi’s faculty advisor fail to intervene when the student repeatedly reported discrimination, she added to the violations, telling Varlesi to wear loose clothing to hide her pregnant body.

3-Investigations matter.  The university had multiple chances to protect their student from the pregnancy discrimination at her internship, yet it failed at every opportunity. When Varlesi raised complaints to the Office of Equal Opportunity, they fell on deaf ears. Had the University stepped in and conducted an adequate investigation, Varlesi would’ve had the chance to actually complete the degree she had worked towards for decades.

Although the judgment in this case was especially high—a result of both the harm Varlesi experienced personally and her lost earnings—the experiences of this student are not an anomaly. As we reported previously, women across the country are facing discrimination or even losing the opportunity to earn their degrees because their universities haven’t protected them from pregnancy discrimination. Universities should heed the lesson offered by this case and begin to prevent and respond to pregnancy discrimination so that no more students will go through what Tina Varlesi experienced.